visit during your stay at Corfu

A few information about some places of interest you can visit during your stay.

Corfu Town (also known as Kerkyra) is one of the most interesting towns in Greece due to the strong influence of the Venetians who for four-plus centuries controlled the island. Corfu means ‘twin peaks’ – the town is bookended by two hills, on which two massive fortresses were built to repel the aggression of five successive Ottoman sieges. Corfu was never occupied by the Ottomans, which gives it a very different character from the rest of Greece. But Kerkyra Town has had other inputs as well: from the British, the French, and the Greeks and Romans whose ancient buildings are still in evidence at several archaeological sites and the excellent archaeological museum. The compact, strollable old quarter, a protected UNESCO heritage site, nestles between the two Venetian fortresses. 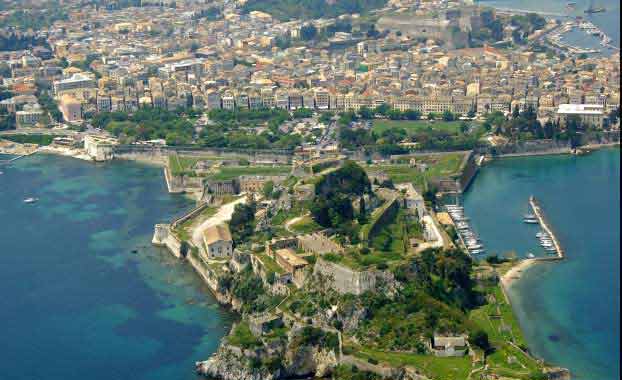 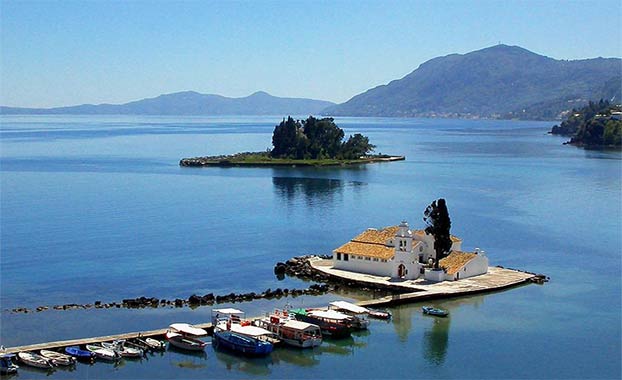 The Kanoni peninsula is only 5 km away from Corfu town.  It is here you will experience amazing views over the green landscape, the azure blue waters of the sea and the two famous islets complementing that world-wide famous scenery.Corfu airport is built on the lagoon and the main runway ends only about 100 metres away from the Vlaherna monastery itself. This makes it an ideal spot for aeroplane watching as the planes appear to graze the top of the monastery as they land and take off, making an amazing sight to behold. Standing on the causeway from Kanoni to Perama, you are directly in line with the flight path and could have your hat knocked off by the wheels of the planes!

Paleokastritsa is located on the northwest coast of Corfu, 24 km from the Roda Village. The resort is hilly and nestles beneath the folds of steep verdant slopes of olive and citrus orchads. Paleokastritsa has long been considered one of the most beautiful villages in Corfu and is a renowned Greek beauty spot. At the northern most promontory (Agios Spyridon) lies the 12th century monastery of Theotokos. The Monastery stands on a sheer hillside full of wild trees facing the deep blue Ionia sea. Paleokastritsa is chiefly memorable for the exceptional scenery along with the superb beaches. The cool crystal waters are ideal for swimming and water sports. 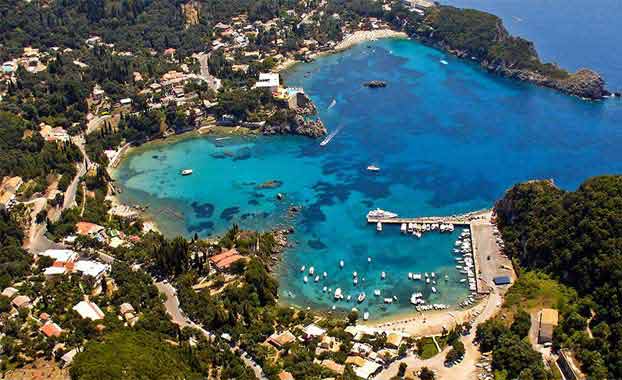 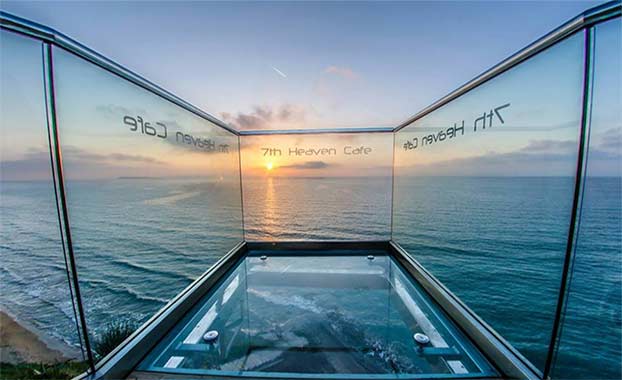 Peroulades is a small old village in the northwestern part of Corfu. About 13km from Roda village It is famous for its beach called Sunset Beach or Logas Beach. The views from the cliff top are stunning and it is worth coming here to watch the sunset, it is said to be one of the best view on the island. You will also find there the well-known 7th Heaven Bar & Panorama Restaurant situated right on the egde of the cliff. You can enjoy tasty dishes and cocktails as the sun sets standing on a glass viewing platform.

Avlaki Beach is located about 17 km to the North East of Roda, between the villages of Agios Stefanos and Kassiopi. Avlaki is not particularly known among tourists, although it is a very nice, pebbly beach with crystal clear water. In the past, it has been awarded the Blue Flag, for its cleanness and organization. Avlaki is a quiet beach, an ideal tourist destination for families. 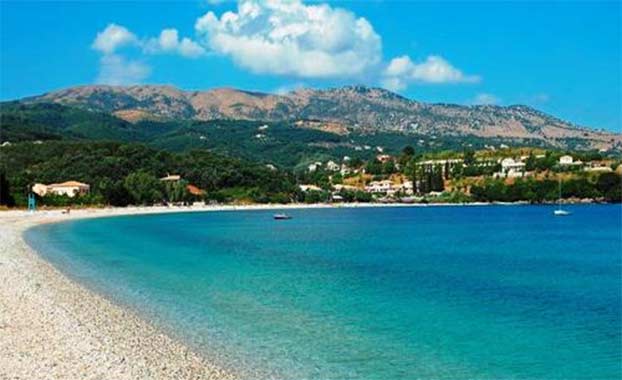 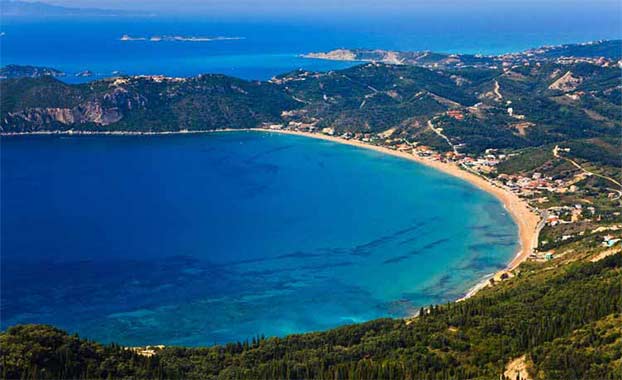 Agios Georgios (Pagoi) is a pleasant, quiet resort in a beautiful bay unspoiled by the tourists, and is situated 16km northwest of Roda Village. Agios Georgios boundless beach, which has been awarded with the blue flag by EEC, is considered as one of the best and safest Corfu beaches. Its golden sands extend over five kilometers, its waters are emerald and mirror-like.